The Baltic Solidarity Project offers college men the opportunity to serve children from the formerly Soviet-occupied Baltic countries of Lithuania, Latvia, and Estonia.  Volunteers teach English classes, coach sports, and are counselors at a camp near the city of Kaunas for 60 Baltic boys aged 12-17.  Participants also have the opportunity to take advantage of spiritual activities such as confession, daily Mass, and regular times for prayer.

The Baltic Solidarity Project began as an initiative of Youth Service International (ysi.org) for college students from the United States in 1992. Since then over 1,000 Lithuanian young people have taken part, and dozens of college students (initially all from the US, over time also from other countries) have volunteered their time and talents to make the project possible. 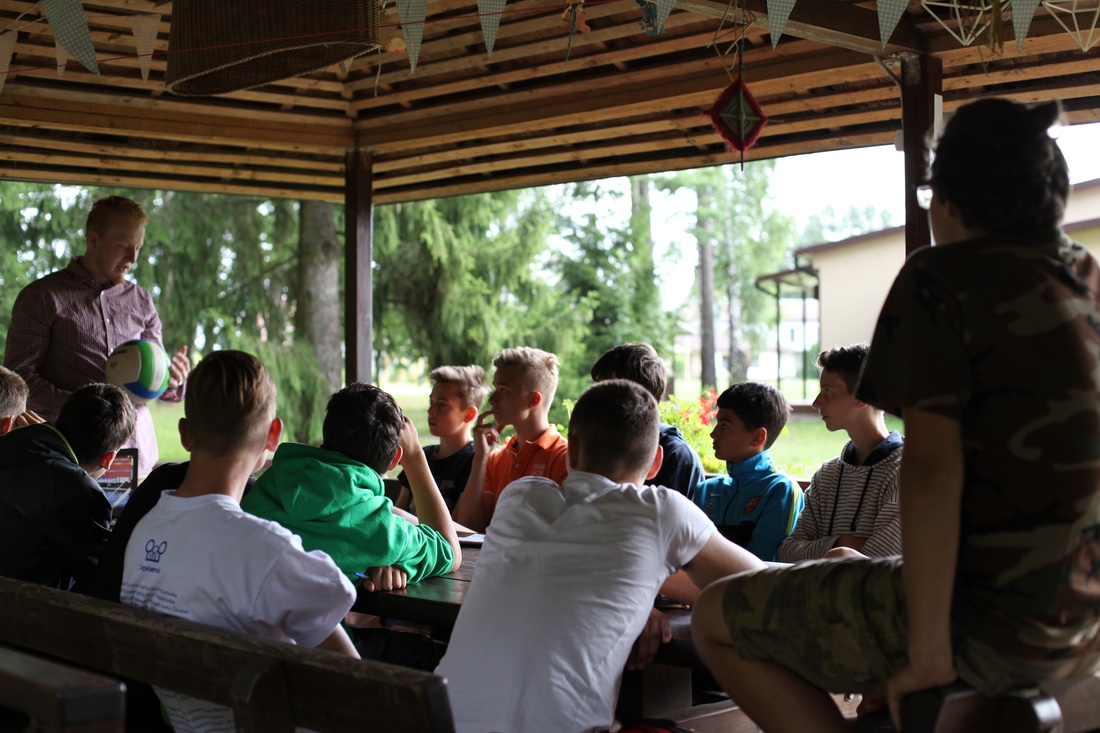 Interested students can apply at the link below.  There is no cost for participating in the project: all meals, lodging, and transportation within Lithuania are covered.  However, volunteers will need to pay for their own transportation to and from Vilnius.  Volunteers should plan on arriving on June 25 and departing on July 7.

The center of the Baltic Solidarity Project is the International English Camp, which will take place June 27 – July 5.  The camp is for 60-70 boys aged 12-17 from Lithuania, Latvia, Estonia, and Russia.  The daily schedule includes English classes, Holy Mass, sports, a virtue talk, rosary, and a night game.  Participants in the Baltic Solidarity Project will teach English, coach sports, and have a variety of other responsibilities (organizing night games, giving a virtue talk, etc.).  All activities are in English.  The camp takes place in the countryside near Kaunas, the second largest city of Lithuania, on the site of a former “pioneer” camp of the communist youth.  To see pictures from last year’s camp, click here.

Lithuania, a country of 3 million people on the Eastern shore of the Baltic Sea, between Poland and Belarus, was occupied by the Soviet Union from the time of WWII. It was the only predominantly Roman Catholic republic of the Soviet Union, and in 1990 became the first to declare (and achieve) independence, something it did in the context of a bold but peaceful uprising against the communist system which has come to be known as the “singing revolution”.

Half a century of communism left a heavy mark on Lithuania and its people. Hundreds of thousands of Lithuanians were deported to Siberia, the Catholic Church was relentlessly persecuted, and social values and virtues such as honesty, diligence, the family were lost or corrupted. Regained independence offered a chance for the Lithuanian people to rebuild their nation, something that young people especially were eager for, and which The Baltic Solidarity Project were and remain proud to lend a hand. The country is now a functioning and stable Western democracy, which joined the European Union and NATO in 2004.  There are, however, still some lingering effects of the communist occupation.  For example, Lithuania has one of the world’s highest suicide rates and a high percentage of broken families, along with a high rate of alcoholism.

The Baltic Solidarity Project is organized and sponsored by Liepkiemis Study Center (liepkiemis.lt) in Vilnius, Lithuania, in association with other Baltic youth organizations: Aukštakalnis in Kaunas, Lithuania and Agenskalns in Riga, Latvia.  The project is promoted by Sauganash and Youth Service International (ysi.org).  YSI organizes and directs activities for college and high school students from around the country.

Through its service projects and other educational activities, YSI provides a forum whereby each student is challenged to grow in virtues such as generosity, nobility, hard work, friendship, and solidarity.

The Christian orientation of all YSI programs is entrusted to Opus Dei, a personal Prelature of the Catholic Church (opusdei.org).